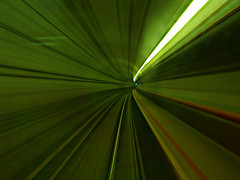 You would be hard-pressed to find a more emotive yet divisive topic in the news today than that of how to tackle the global refugee population. Behind the stories of human tragedy and injustice lurk darker tales that vie for attention—jihadists seeking to exploit the situation to their own ends and criminal gangs exploiting the desperate.

Some of the hysteria surrounding the debate is not supported by facts, while others justifiably cite incidents such as the mass assaults in Germany over New Year’s Eve two years ago. The dilemma now is how should a government balance its humanitarian obligations and duties against the duty of care to its own population?

We wanted to write this article from the simplest standpoint possible—to us that means duty, necessity, and security:

It would be easy here to speak of a general migrant population while ignoring the colossal and glaring fact that drives much of the division to be found when debating this topic: people are suspicious of refugees from countries, religions, and cultures that have vastly different values than our own. At one end of the spectrum of concern is the fear that migrants will not integrate, creating ghettos and micro-cultures within cities; at the other end is alarm at the fact that a small number may not in fact be fleeing persecution, but are in fact actively seeking to bring terror and persecution to these shores.

As alluded to above, the facts largely don’t support these fears, but that does not make them illegitimate; there is enough intelligence—publically available—to support the contention that there are, at any one time, multiple plots both at home and abroad to conduct campaigns of terrorism in the west (be that Europe or North America).

We believe the answer to this problem lies in technology. For decades, if not centuries, novel problems have driven technological solutions to make individuals, businesses, and governments more efficient, more productive, or better protected. If technology can provide the answer to problems of engineering, defense, or production, then why not to a humanitarian and social problem? After all, how does one safely accept tens of thousands of new citizens when there exists the quite reasonable fear that among that number are a handful bent on havoc and destruction?

The current Administration has been the target of fierce criticism for an Executive Order that including sweeping immigration bans on refugees and migrants from certain countries. That Executive Order, titled “Protecting the Nation From Foreign Terrorist Entry Into the United States,” sought to make both permanent and temporary immigration bans while the system that dealt with applications could be bolstered, improved, upgraded—or simply mended.

We agree there needs to be a better solution to processing and background-checking all refugee applicants than that which currently exists. In the country of origin of many of these refugees there simply aren’t records or databases against which to check, or if there were the infrastructure has been so damaged as to render them useless.

There are many technologies out there that may be able to make a difference, from the legacy tools such as polygraph, to established and credible voice-stress technology, and other biometric solutions.

Rising to Meet the Needs of a Global Population, at Home and Abroad

AC Global Risk offers an incredibly powerful technology that can triage the sheer numbers of visa, migrant and refugee applications, distilling that mass into intelligible categories of risk from acceptable to unacceptable levels. However, the purpose of this article is not to go into the detail in extolling the virtues of our technology. Instead, it is to urge you to demand more of your politicians in addressing the issue at hand.

We urge you to reach out to your representative in Congress and the Senate to make your voice heard. This country, which has always been great, has an equally great duty to discharge while sailing treacherous waters. If the political appetite for change is suddenly there in the immigration system—which it is in great measure—then seize this opportunity to urge the wisdom of caution and compassion in equal measure. The technology exists to support this, but the message has to be heard.

For more information on AC Global Risk technology and services you can contact us or visit our website.