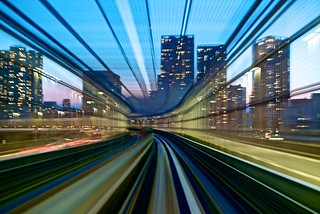 When President Trump rolled out his executive order banning immigration from certain countries, the judicial branch was quick to respond with a ban on the ban. The issues are convoluted but break down to one key question: is the order discriminatory? Some have gone as far as to call the ban “un-American.” While designed to be a security measure, the issue has turned into one of equality instead.

Much of this debate could be avoided by allowing automation to control the deep vetting process. Technology can become an important tool for eliminating human bias in deep vetting. It can also be a means of reducing claims of discrimination by making it essentially impossible. By using automation to decide who to interview and verify, investigations can be both thorough and fair.

Human bias, often called cognitive bias, occurs when a person makes an inaccurate or irrational decision because of a tendency to think a certain way. While people often immediately think of racial bias, there are in fact many different kinds, and they are complex phenomena. Some more common cognitive biases, many of which we can see in Trump’s executive order and the reaction to it, include:

The human mind will create biases. While discrimination should never be accepted, the psychology behind it needs to be examined to prevent it. The first thing that anyone completing an investigation needs to accept is that there is no such thing as an unbiased human decision. The next is that sometimes, technology knows better.

It needs to be stated right off bat that there’s no way to eliminate the need for human interaction in extreme vetting. However, extreme vetting processes can be long and expensive. That means they need to be parsed out sparingly. The key to eliminating discrimination in those investigations is to eliminate it in the triage process.

Look at it this way: rather than issuing an immigration suspension against a fixed group of countries, a better triaging process could be created for the immigration system as a whole. Here’s how it might work:

This process allows us to reduce bias by letting an automated system conduct a brief interview. It also eliminates the need to focus on specific regions and reduces the risk of human bias in the initial visa issuing process.

AC Global Risk conducts these assessments on a global basis and can customize the verification tests to work for any situation, in any language. Our technology offers a high accuracy rate, while allowing you to scale your investigations. Finally, it makes sure everyone gets a fair shot by eliminating bias from the equation. For more information on RRA technology, contact AC Global.